It has been nearly 10 years since American Idol winner Jordin Sparks’ name was announced to the world that she had won. Since then, the 2007 American Idol winner has made top-selling albums, her Broadway debut in In the Heights, starred in the movie remake of Sparkle, and even lost 50 pounds–yes 50.

When Jordin decided to lose the weight, the first thing she did was take a hard look at what she ate during a typical day and began cutting out all of the obviously bad things. She first cut out sugary drinks, like coffees from Starbucks, as well as late night dinners to when staying at hotels and she stopped eating 2 hours before going to bed. She also replaced bad snacks with healthier options, like Smartfood popcorn, pickles (one of her favs) and apples.

Jordin has made a huge commitment to her health recently, switching up her diet and exercise routine without resorting to rigid diets or excessive calorie counting. “I changed the way I thought about food and exercising,” she says. “I listen to my body to tell me that I’m full.”

And alongside that great attitude to healthy living, Jordin voices some excellent stuff about self acceptance. “I’m good with my thighs touching,” she comments. “I grew up in a family where we have meat on our bones. I just want to be healthy.”

One of the biggest aspects of Jordin’s diet is how she incorporated strict portion control by always making sure her meals fit onto a normal sized plate. By following these guidelines, Jordin was able to eat pretty much whatever she liked, just in smaller amounts. If she wanted a brownie, she would reach for one, believing limiting herself wasn’t good for long-term success.

In a typical day with Jordin’s healthier way of eating, she consumed about 1440 calories a day. For breakfast, Jordin likez to eat yogurt and granola. She is a huge fan of berries. As for the protein she ate, it was generally lean protein, such as chicken, with barbecue chicken being one of her favorite foods. And to satiate her sugar tooth, Jordin would reach for her favorite – Toblerone chocolate.

While Jordin’s diet certainly isn’t perfect, she still consumes plenty of carbohydrates, which for a lot of people isn’t the most ideal way to lose weight, it is a low calorie diet with plenty of nutrients, and has proven highly successful with Jordin‘s 26 year old body.

Jordin isn’t down with editing her photos either to make her seem slimmer or “better” than she really is. No hidden shadows or picture tricks for this young lady. “For the most part, I don’t put a filter on at all,” she says. “I post a lot of pictures without…

…makeup and in sweats. I feel like sometimes people can really overkill on the [filters]. There are all these apps out there where you can photoshop your body and take away everything. I feel like it’s too much.”

While it was relatively easy for Jordin to change her diet, it was much harder for her to start exercising. She hired a trainer that she brought on tour, who had her do a wide range of exercises that would change each day to “shock” her body and keep it guessing what is next. He would have her do everything from running and boxing to lunges and sprints up stairs. He also would have her do 1 hour circuit routines.

And to really get her body moving, Jordin fell in love with Zumba and she also stays active in other areas of her life, like taking her dog outside for a walk or going hiking in the mountains by her home.

When the Hollywood elite need to know how to lose weight fast, they beg ‘The Biggest Loser’ coach for help. Here, Bob Harper reveals his proven weight-loss tricks. 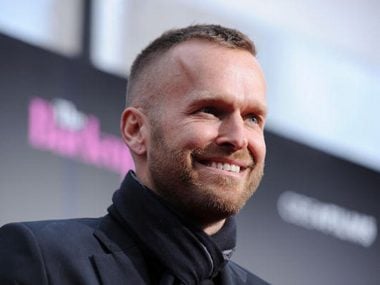 We’ve all been there: A big event (reunion, wedding, beach vacation) is just weeks away—and You. Just. Want. To. Look. Awesome. But can you really get there without totally starving yourself or logging six hours of cardio a day? Hollywood trainer and Biggest Loser coach Bob Harper promises you can in his new book Jumpstart to Skinny, a three-week plan to slim down quickly but healthfully. In fact, “having a goal and a deadline is the motivation that many of us need to make a change, get off the couch, get our noses out of the fridge, and get ourselves back onto the path of a healthy (and slimming) life,” he writes.

Harper says he developed the plan for a celebrity friend who needed to slim down ASAP for big performance. He’s upfront: It is restrictive and just for the short term—not something to keep up past a few weeks. So if you want to lose weight—stat—like a Hollywood star, here’s how Harper says to get it done.

Cut your calories. A lot.

Harper advises that women consume 800 calories a day and men shoot for 1,200. While most weight loss experts advise not going below 1,200 calories a day for women, Harper says that special circumstances call for aggressive measures. Noting that this isn’t a permanent regimen, he says “you’ve got to ratchet your intake way down if you want a skinnier you.”

If this sounds like starvation, keep in mind that Harper is all about calorie quality. You’ll be filling up on ridiculously healthy, nutrient-dense foods (especially veggies) that will help you feel more satiated than you would on 800 calories of processed junky foods.

So it’s not exactly true that Hollywood stars shun carbs completely—they just limit them to breakfast. “Complex carbs (even whole grains) are forms of sugar, and sugar cues the pancreas to make more insulin,” Harper writes. “And that process triggers appetite.” He contrasts this with simple carbs like those in fruits and veggies, which your body doesn’t process in the same way because the fiber content offsets the carb load.

Limiting complex carbs to the A.M. works, Harper says, because the later in the day you eat them, the more likely you are to get food cravings late at night.

Do 45 minutes of cardio—again, in the morning.

We’re not talking crazy boot camps or jazz aerobics—Harper suggests walking because “it’s simple, you can do it alone, with a friend, or with your dog, and you don’t need any equipment.” And as for the morning workout prescription, Harper says that among his clients and Biggest Loser contestants, the ones who work out first thing, before eating, tend to stay on their diets and lose more weight. While the research is mixed, there is some evidence that exercising on an empty stomach burns more fat.

If you eat a lot of packaged foods, you’re likely getting more salt than you need, Harper warns—even if you’re careful to eat low-sodium versions. The problem with too much salt is that it leads to water retention, which can make you puffy. Harper tells his clients to shoot for 1,000 milligrams a day when they’re trying to get slim in a hurry.

This heart-healthy fat may also help with post-exercise soreness and boost immunity. The pills probably aren’t necessary for everyday, low-intensity cardio, but Harper says they will help you recover from the conditioning workouts (15 to 20 minutes, five times a week) he recommends in the book. “As a guy whose business it is to exercise,” he writes, “fish oil has changed my life.” He recommends 3,000 milligrams a day, but you should check with your doctor first to make sure this amount is safe for you.

If you’re hungry, eat veggies. This is one of Harper’s fundamental rules for weight loss in a hurry. He loves them for all the obvious reasons: they’re a great source of vitamins and minerals, they contain tons of fiber, and they also act as natural diuretics. One of Harper’s favorite veggies to kick start weight loss? Asparagus. He roasts it as a side dish dinner staple, folds it into egg scrambles, and chops it into salads.

Lay off all booze.

Stars may look glamorous holding Champagne flutes at awards ceremonies, but they don’t imbibe when they’re trying to squeeze into their couture gowns. Booze, including heart-healthy wine, according to Harper, makes you retain water and look bloated, makes your eyes puffy, and alters your metabolism to slow down fat burning. What’s more, drinking also chips away at your self control—a “slippery slope to raiding the fridge or the drive-through.”

Get more healthy-eating tips and delicious recipes and meal and workout plans in Bob Harper’s new book Jumpstart to Skinny.

Plus, see our tips on the “skinny rules” that Biggest Losers never break.

We use cookies on our website to give you the most relevant experience by remembering your preferences and repeat visits. By clicking “Accept”, you consent to the use of ALL the cookies.
Cookie settingsACCEPT
Manage consent

This website uses cookies to improve your experience while you navigate through the website. Out of these, the cookies that are categorized as necessary are stored on your browser as they are essential for the working of basic functionalities of the website. We also use third-party cookies that help us analyze and understand how you use this website. These cookies will be stored in your browser only with your consent. You also have the option to opt-out of these cookies. But opting out of some of these cookies may affect your browsing experience.
Necessary Always Enabled

Performance cookies are used to understand and analyze the key performance indexes of the website which helps in delivering a better user experience for the visitors.

Analytical cookies are used to understand how visitors interact with the website. These cookies help provide information on metrics the number of visitors, bounce rate, traffic source, etc.

Advertisement cookies are used to provide visitors with relevant ads and marketing campaigns. These cookies track visitors across websites and collect information to provide customized ads.

Other uncategorized cookies are those that are being analyzed and have not been classified into a category as yet.